The NYActs project, led by Docs for Tots, increases the capacity to coordinate statewide efforts around developmental promotion and early identification during COVID-19 utilizing existing activities, resources and materials. The NYActs work is funded by the Association of University Centers on Disabilities (AUCD) in partnership with the Centers for Disease Control (CDC) as part of the CDC’s Learn the Signs, Act Early Campaign. As New York’s Act Early Ambassador, Docs for Tots’ Director of Programs Melissa Passarelli leads the statewide coalition alongside fellow NY Act Early Ambassador Dr. Romina Barros.

The NYActs team is comprised of New York’s early childhood stakeholders, including:

Each participating agency is being supported to incorporate aspects of the Learn the Signs, Act Early initiative or other evidence-based resources into their existing work, and the team’s efforts were evaluated by the Schuyler Center for Advocacy and Analysis. By the end of the project period in September 2021, each participating agency implemented and evaluated a plan to enhance activities around developmental promotion and fostering resiliency, and lessons learned will inform future collaborative work. Read the September 2021 report to learn more.

For more information about this NYS initiative, please contact Docs for Tots.

Check out our newsletter and see what we’re up to! In case you missed it – here is our June Newsletter. See what we’re . . .
Read More 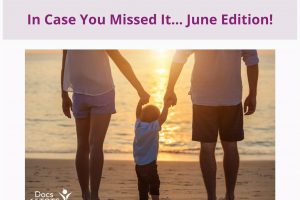 Position Description: The Program Manager will oversee and coordinate the day-to-day operations of Docs for Tots Quality Improvement (QI) programs, including Help Me Grow . . .
Read More